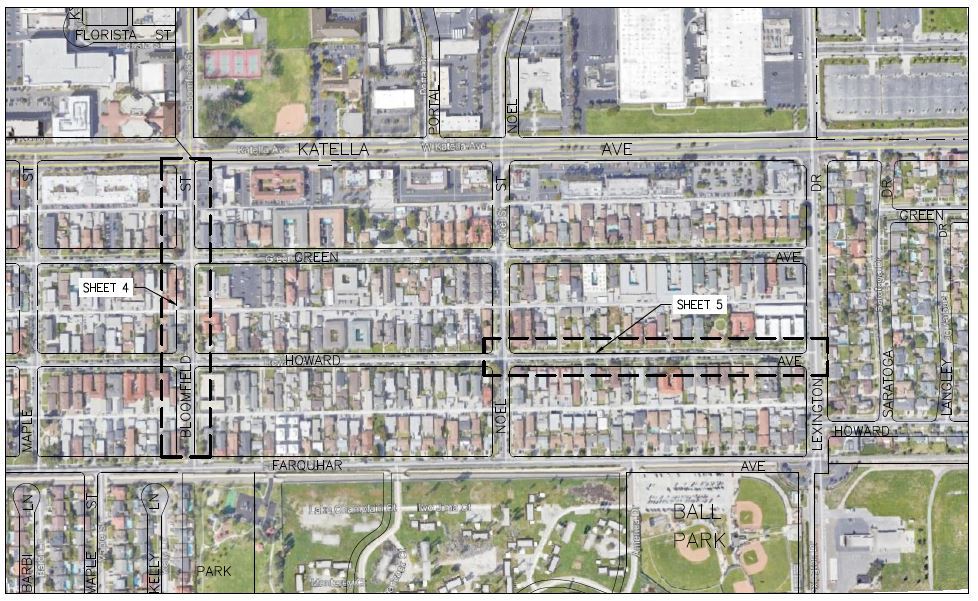 The City Council awarded this project to Hardy & Harper, Inc. on February 28, 2022. This project is to construct curb ramps, sidewalk, and curb and gutter on Bloomfield Street from Farquhar Avenue to Katella Avenue and Howard Avenue from Noel Street to Lexington Drive. In addition, the project will also include signing and striping. 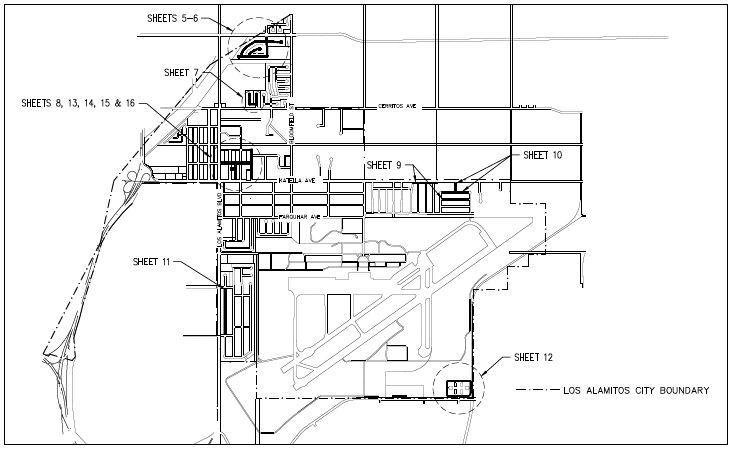 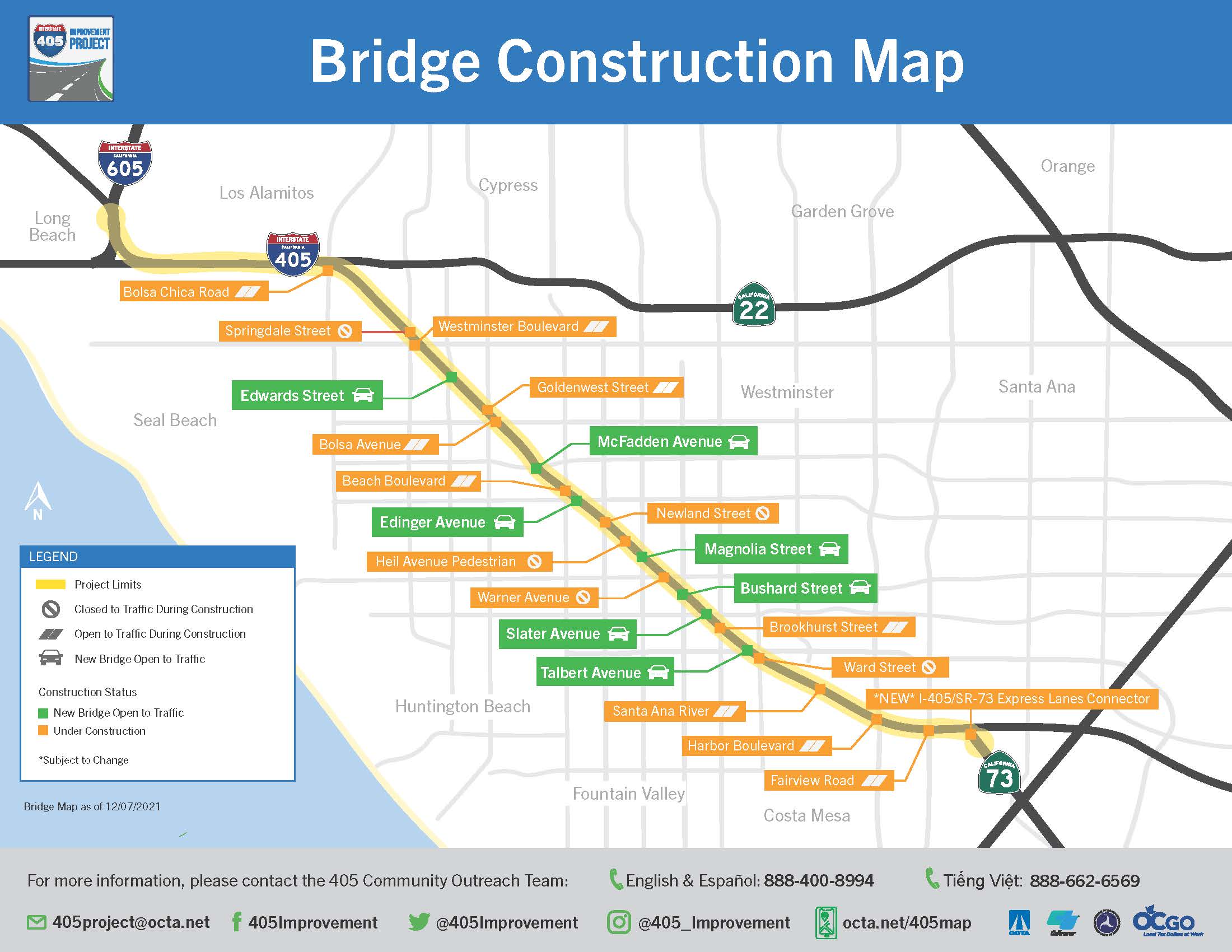 Construction will start mid-October 2021 until Winter 2022.

Golden State Water company is installing customer house lines for the properties in the yellow-highlighted areas as shown in the map above. Customers' existing water connections will be moved from the alleyway to the front of customers' properties, which will require their contractor to be in the customers' properties to perform the onsite construction work. Onsite construction work will not be required at certain properties along Lexington Street and Howard Avenue.

If you have any questions or concerns about the construction activities for this project, please call the Golden State Water Company Service Center at (800) 999-4033. Please visit their website at https://www.gswater.com/los-alamitos/infrastructure-projects/ for periodic updates on the construction progress. 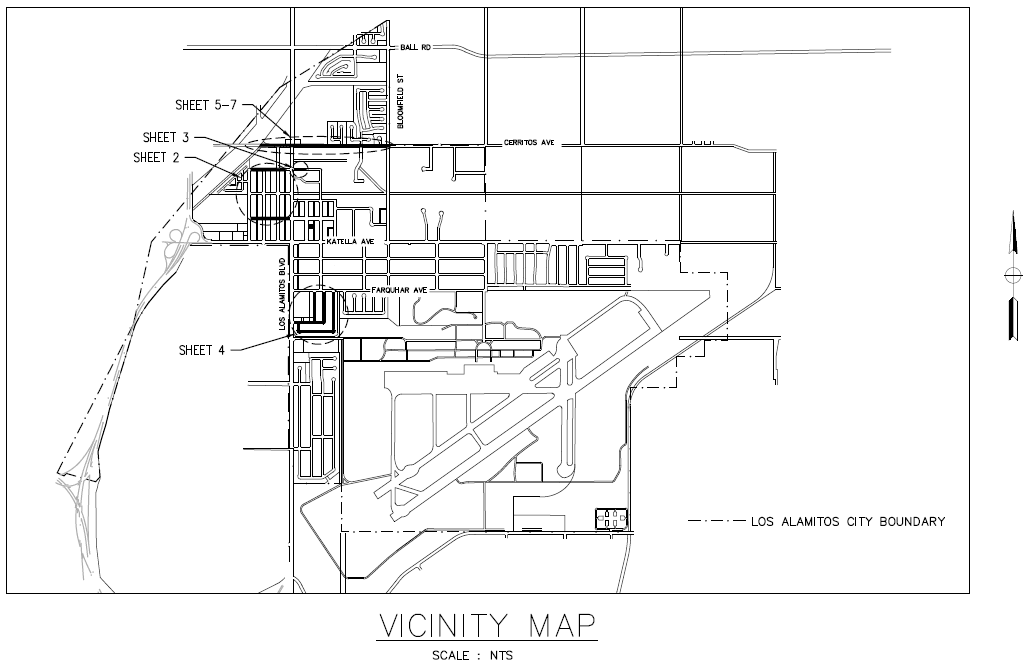 The City Council awarded this project to Superior Pavement Markings on May 16, 2022. The City has prepared a street and pavement marking plan to upgrade and update markings on selected Los Alamitos streets.

The City Council awarded this project to United Storm Water, Inc. on April 18, 2022. The State's new Trash Amendment will eventually require "full-capture" screening of storm water. The City wants to continue to work toward Best Management Practice (BMP) objectives by installing CPS in our storm drains. The City of Los Alamitos' Catch Basin CPS project proposes the installation of 122 CPS debris collection devices citywide. The installation of the proposed CPS units will be an instrumental benefit as a water protection device and cover a drainage area of approximately 1.87 square miles. 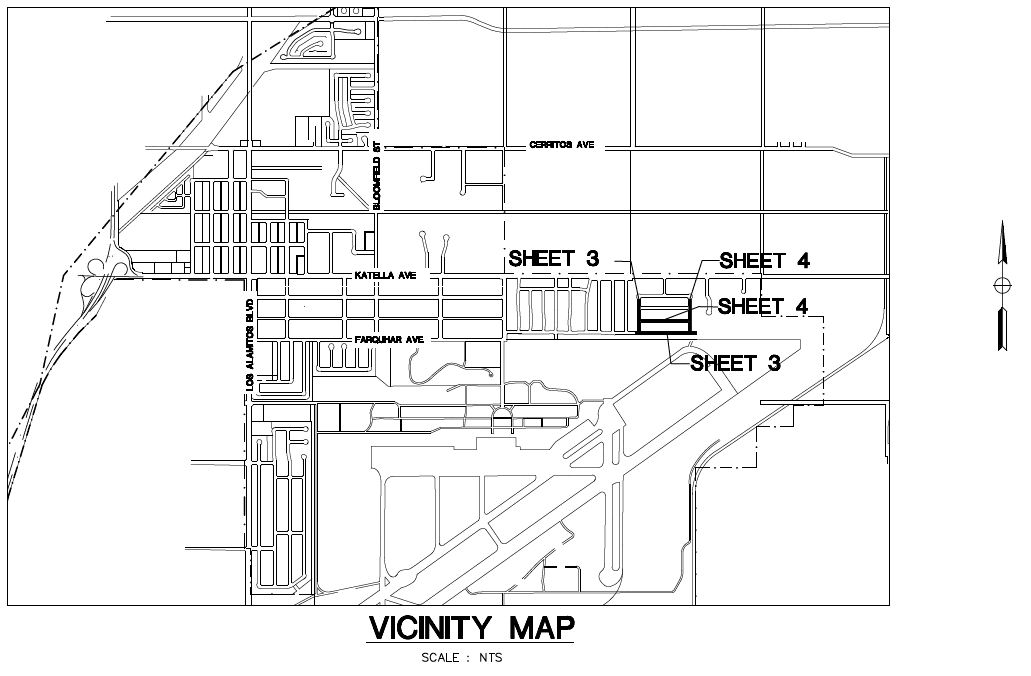 The City Council awarded this project to Hardy & Harper, Inc,. on July 18, 2022. The City of Los Alamitos proposes to grind and overlay various residential streets throughout the City as part of the City's ongoing pavement management program. The project will also replace damaged curb & gutter and lifted sidewalk to correct drainage. ADA curb ramps will be modified to current codes as necessary for accessibility. The project includes the following streets: